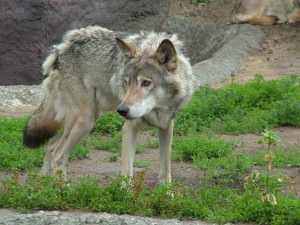 Remember a few months ago when all the rage was worrying about falling off the fiscal cliff? Our elected officials put on their masks and capes and saved us at the very last minute to avoid financial disaster in the US, or at least that’s what they hoped we’d believe. In reality, our leaders in Washington put off figuring out a solution that might help the United States balance our budget. They can’t agree on what everyone’s fair share of taxes is or how to control spending. As of March 1st, we are now hearing all about Sequestration and what it will do to the economy. Other than the media, it seems that no one is getting too worked up over all the spending cuts that make up sequestration. I think it’s because the US government has cried wolf too many times. We’ve gotten so used to all the posturing and deal making that the average citizen just tunes it out.

For a much better analysis that I could ever give, read Jose’s post at The Wise Dollar.  Basically since our federal government hasn’t balanced a budget since Clinton was in office, and we have over $16 trillion dollars in debt, sequestration was put into law in 2011 with the (don’t laugh) Budget Control Act. It calls for $1.2 trillion dollars in across the board government spending cuts  over the next ten years, with $85 billion set to go into affect this year. Elected officials essentially passed the buck again, figuring that spending cuts would be so severe that future lawmakers would have to amend this bill.

Well, our top notch team who are hanging out in Washington haven’t been able to agree on anything, so the first cuts went into affect last week. You’d think anyone who is a member of the economy would be getting nervous, especially if you work or depend on the federal government for your income. I’ve found just the opposite.

The Government is Like the Boy Who Cried Wolf

We all have heard the fairy tale about the boy who cried wolf. He lied so many times about seeing a wolf that the villagers stopped coming to help him out.  When the wolf really showed up, no one believed him, and all his sheep were eaten.

The federal government and the media have gone down to the wire so many times, telling us we are doomed and the economy is going to fail because the party of choice is not willing to compromise. We’re all going down in flames. Stock up your canned goods and hide the money under the mattress.

At the last second, Joe Biden or Mitch McConnell or the politician of the day shows up and finds a way to keep our economy on track so no one has to deal with spending cuts. It’s gotten to the point that no one takes this stuff seriously anymore. Last week our local paper had an article about the different government agencies that would face huge cuts if sequestration goes into force. Here’s what the agencies had to say.

“We have not made any contingency plans yet. Until we get further information. It’s fruitless”-Durango City Manager

“At this point, it’s hard to for us to prepare for anything. We’re kind of waiting to see what happens.”– Fort Lewis College spokesman

Is it Any Wonder Why People Can’t Get Ahead Financially?

Let me be the first to say that we cannot depend on the government to take care of our finances. My five year old does a better job with budgeting and spending wisely than any politician of the past decade. John at Frugal Rules had a great post on why we can’t model our finances after the government, and I totally agree.

However, if this is the example that we see every day, it has to play a part somewhere. From the government, we learn how to fail.


It really makes me sad. I love the United States and everything it stands for, but I am really tired of all the posturing and politicking that takes place for the sole purpose of keeping donors happy. I can’t solve the government problems we are facing. All I can do is try my best to be an exact opposite of everything the government is doing financially and try to be prepared when the wolf finally shows up.

What are you doing, if anything to prepare for sequestration? For my non-US readers, do you think our politicians are all a bunch of ninnies?