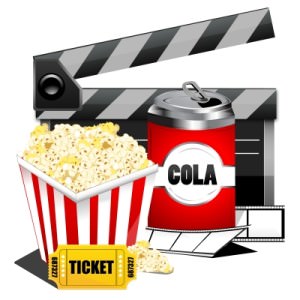 It’s come to mind lately that there may be things I do to save money that might fall into a gray area. Now, I am in no way talking about stealing or anything remotely illegal, but if you are someone who makes it a point to follow all the rules, you might be disappointed with some of my habits. Maybe you do some of them as well. I guess my question is this: Is it OK to break the rules if they are silly ones meant to get you to spend more money?

Let’s Go To The Movies

We’ve been to the movies a few times this summer. For years, I’ve put snacks and sometimes drinks in my purse so that we don’t have to buy the expensive ones there. We all know there are signs clearly stating that no outside food or drink is allowed. It’s not that they don’t want people spilling on the carpet. They sell overpriced things to a captive audience who can’t seem to go two hours without a salty or sweet snack. I’ve never given my snack sneakiness a second thought. I believed I was being frugal.

We went with a friend and her son last week. He was talking about getting food, and my daughter pipes up, rather loudly, about how Mommy has stuff in her purse. I quickly shushed her up and said we couldn’t talk about that. This got me to thinking that maybe I’m setting a bad example. If we can’t say it out loud, should we be doing it?

We’ve also pirated snacks into baseball games, amusement parks, and most recently, the bowling alley .It just seems crazy to spend more than the price of admission on food that would cost $1.50 to bring from home. Is this wrong or smart?

I’m not sure why it’s OK for an establishment to insist on consumers purchasing their products or none at all. Years ago, optometrists were allowed to insist that patients bought contacts from their office only if they wanted to fill a prescription. Then the Fairness to Contact Lens Consumers Act was passed which basically said patients could take their prescription anywhere they chose if they paid their exam fees. Do we need to pass the Fairness to Movie Watcher’s Act so that I can bring my own snacks to the theater without feeling like a criminal?

I guess the best thing to do would be make sure we are full before going to the movies, or maybe we could compromise by buying popcorn but bringing a drink? I’ve explained to my daughter how the movie theater wants us to spend more money, and that’s why they don’t want us to bring snacks. I hope I don’t give her a complex. We just wanted to enjoy a movie during the heat of the day. Maybe I’m making too big of a deal out of nothing.

What’s your opinion on no outside food or drinks? Do you sneak snacks in to the movies?