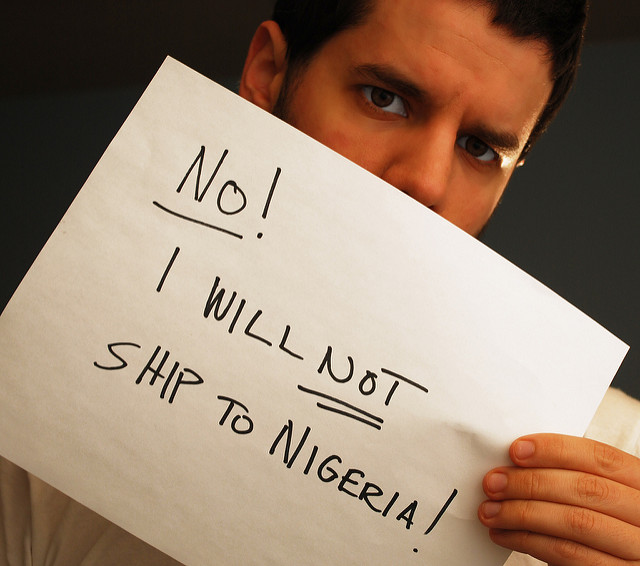 Just about everybody has heard of someone who has been targeted by a criminal trying to scam them out of their money. In fact, unless you live under a rock, you’ve probably heard about lots of different ways other people have become the unwitting victims of such money making schemes.

When you are promised large ticket items, like free vacations, scammers will try to get you to pay the shipping or taxes to get the promised item. They are out to take your money and run, so don’t fall for this tactic.

Make sure you ask for their phone number and name and get any offers in writing. This usually results in them hanging up on you if the scammer is contacting you by phone. If it’s over the internet, they will probably suddenly stop sending emails.

Many criminals will use a fake check to steal your money. It can appear to be an innocent mistake, such as purchasing an item you are selling, but writing the check for a higher amount and then requesting that you give them cash for the difference.

Another tactic when dealing with checks is a fake cashier’s check written on a non-existing account. Look over checks carefully for missing information to avoid this scam. If you aren’t sure but are suspicious, try calling the issuing bank.

These types of money making schemes can be very difficult to spot. My tip is to only donate to charities for local causes or GoFundMe pages for people you know.

This increases the chances that your money is going to a legitimate charity and not into the pockets of a criminal out to scam you out of your money.

If you are contacted by a person or company you are unfamiliar with offering to do a home maintenance project for you at a very low price, be wary because it could be a fake money making scheme.

Such criminals will offer to paint your home, for example, but need a deposit up front to get started. Once you give them the deposit money you will never hear from them again.

Fake money making schemes that pray on your fears during emergencies are among the worst that criminals can use against you to con you out of your money.

They text, email, or call impersonating a friend or relative who has an emergency they need money to get out of, such as an accident or their utilities being shut off. Once you send the money to them, they take it and run, never to be heard from again.

Fake money making schemes are everywhere. To avoid them, ask for the name, address, and phone number of the person or company you are dealing with. Do an internet search or call the company they say they represent. If the request for money is legitimate, it is likely that the person you are dealing with will not be offended when you explain that you are just being careful.

How have you spotted a fake money making scheme in the past? Have you ever been victim to one?