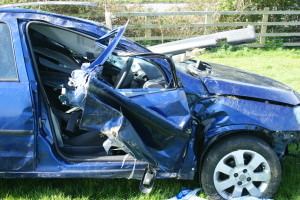 Most of us usually wake up with the same routine; get ready for the day, head out for work,  drop the kids at school, or complete our daily errands. Hopefully the day goes as planned. Sometimes we aren’t so lucky. I have a good friend who, at sixteen years of age, had a day that wasn’t routine in any way. One morning, while driving into town, she and her younger sister were broadsided by a careless driver. She wasn’t badly injured, but her sister ended up in a coma for several days and has had short term memory problems ever since. While they were awarded a structured settlement plan in the form of an annuity from the careless driver’s insurance company, a lump sum payment would have been a more helpful option if they had been able to sell that annuity.

By the time the settlement was issued, my friend was married and on the way to having two children very early in life. Her sister followed the same path, and unfortunately, like 50% of people who get married, they found themselves divorced within a few years. Both exes were not good providers, and the sisters both had to struggle to support themselves and their children. The terms of their settlement were to receive a payment every so many months, which was truly helpful, but it was hard to get ahead. It could have saved much worry if they had been able to sell the structured settlement, turning those smaller payments into a lump sum. Each could have paid off debt, bought a house, or not had to work so much, allowing more time with their children when they were small.

I would prefer to never be in an accident, but if I was, and did receive some sort of settlement, I’d like to have the option of having one payment as opposed to spreading it out over many years. If finances were in order, the long term payment plan would be a higher total sum, but sometimes a larger amount up front can allow you to get out of a paycheck to paycheck cycle. My friend and her sister have overcome many obstacles to raise four wonderful children who are productive members of society, but it was a struggle. While everything turned out OK, I wish she had been able to have money when she needed it the most.

Maybe you are in need of a little windfall yourself. If so, enter the contest below for your chance to win $1000! This contest is co-hosted by some great blogs and runs until January 31st. It is brought to you by StructuredSettlement-Quotes.com, America’s #1 settlement and annuity marketplace.