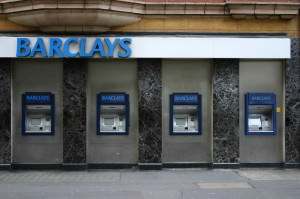 We tend to take banking rather for granted these days. In fact there are very few people who don’t carry at least one debit card or credit card around with them in their wallets or purses at any given moment. It’s almost unthinkable nowadays. It’s the same when applying for mortgages or personal loans. We almost always expect a favorable outcome, don’t we?

It’s strange, even illogical. Just because we have access to banking with all the bells and whistles imaginable attached, we tend to think the same applies everywhere, in every country. We never stop to really think about it. Let’s take Egypt, for example, famous for pyramids, pharaohs, the River Nile, Tutankhamen, Cleopatra – the list could go on and on but you get the drift.

You’re probably aware that Egypt is going through some political and economic problems at the moment, but we won’t be looking at that. It’s all been, not to mention being, covered, ad nauseum, by the international media. In fact, a few days ago, Egypt’s tourism minister, Hesham Zaazou, was pretty dismissive of the coverage while announcing a huge rise in tourist numbers. Although not quite approaching the 2010 pre-revolution zenith of some 14 million visitors, the figures are close nevertheless. That’s extremely good news in terms of Egypt’s GDP.

With obvious reference to Tahrir Square, Mr Zaazou was reported as saying, “Reducing Egypt to events occurring in a one-square kilometre area in down-town Cairo simplifies the reality in the country.”

And so it does. Egypt continues to draw visitors from all corners of the globe by the millions, a sure indication that life is fairly normal across practically the whole country. If it was not, tourist numbers would be falling, not rising. But we were talking about banking, not tourism.

Now no one can deny Egypt has a modern and sophisticated banking sector and yet, incredibly, only around 10% of the population actually have a bank account. That’s a surprising penetration rate which has changed little over recent years. Two factors have conspired to make it so, the ‘cash is king’ culture which often dominates thinking, and poverty, especially in rural Egypt.

Of the two, poverty is the biggest reason why 9 out of 10 Egyptians don’t have a bank account. A large slice of the poor live in small remote villages where many eke out a living earning only a few dollars a day, if they’re lucky. So why would they need bank accounts? Why would banks even bother to provide them? Why would they set up bank branches when profit margins are likely to be non-existent?

Yet, lately, there has been huge interest in Egypt’s banking sector from overseas banks eyeing the potential of the country’s growing middle class and also its young people. Banks like Barclays, the UK’s second biggest bank, are looking beyond Egypt’s present economic woes and seeing long-term growth and stability. Barclays is reportedly aiming to boost the number of branches it has in Egypt by 10% and considering entering the Islamic sector. If the opportunity arose, too, it might also look at acquiring another bank.

According to the Oxford Business Group (OBG), Egypt’s market is also attracting attention from Gulf banks. In December, Qatar National Bank agreed to purchase French lender Société Général’s 77% stake in Egypt’s National Société Générale Bank in a deal worth $1.97 billion. The same month, Dubai’s Emirates NBD confirmed it would be buying the Egyptian subsidiary of BNP Paribas, another French bank, for $500 million.

The OBG says, “The Gulf banks and Barclays have shown themselves content to look past Egypt’s instability and lower GDP growth of the past 18 months to the banking market’s more promising medium and long-term potential.”

Go here for more from the OBG.