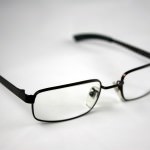 Working as an optometrist, I see the realities of people who are uninsured or under insured. Most people wouldn’t consider eyecare in the top categories as far as need. Obviously if you have cancer or need a heart transplant, that would take presidence, but eye care can be quite complex as well. If you are diabetic, have high blood pressure, or take a number of high risk medications, eye health can be severely impacted with few symptoms until the condition is advanced. If you can’t see, it is very hard to perform at your full capacity at work or school. I run a for profit business. If you don’t have insurance or the ability to self pay, you don’t get an examination. My thoughts on this issue began to change a few years back when I received a letter from a patient. She had a friend who had very poor vision. He worked construction for a roofing company. After falling off a couple of roofs, his employer realized he couldn’t see and had to let him go. She explained that he had made some poor life choices, but was trying to do better when he lost this job and had no insurance or extra money to see what was wrong with his eyes. I agreed to see him at no charge. He actually needed a surgery I couldn’t do, but he was very grateful to be diagnosed and pointed in the right direction. From this experience, my idea for a low income eye clinc was born.

I had hired a new optometrist in mid 2010, so that freed up some of my clinic time to take on new projects. My idea would be the opposite of most programs, a for profit business acting as a non-profit. I had no idea how to do this, but that usually doesn’t stop me when I get get motivated.  I set aside one day a month for my clinic. To find patients, I didn’t want to advertise. Instead, I approached community agencies, social workers, the local health department, the homeless shelter, and some church programs telling them of my intentions. I decided to charge a $10 fee because I strongly believe free things don’t have value, especially if you receive many entitlements. I figured that would weed out the seekers who sign up for free services whether they need them or not. I did waive the fee if the person was homeless or a direct referral from a social worker. It took about a month to get a full schedule, and we had no trouble filling up for the duration of the program.

After about six months, I wanted to find funding for glasses. I was only donating my time and my staff’s time for the exam. It doesn’t really do much good to have a new prescription if you have no way to buy glasses. I researched organizations, found a match, and applied for a grant. It was a bit odd because they were used to applications from non-profits, but after building a relationship with the organization’s liason, we got it! $5000 to buy glasses for my clinic patients! We had to use a local non-profit as the financial liason because they wouldn’t give money directly to a business, but it worked out great. I was finally able to offer services and products to help the less fortunate. Should have had my halo shining right? Well, not exactly. I’ll share my honest experieces of running a monthly low income eye clinic for almost two years.

At first, it was wonderful. Almost all patients were referrals, and they were in dire need. One of my favorites included a middle aged gentleman. He had worked as a respiratory therapist until he had a heart attack. He wasn’t able to work after that and had no disability insurance. He was  diabetic and stopped his medicines because he couldn’t afford them. He was too proud to ask for handouts, but finally swallowed his pride and made an appointment. His eyes were bad. He had diabetic retinopathy from not taking his medicines, and his glasses were in disrepair, causing poor vision. I was able to talk him into going to the income based community clinic where he was able to get back on his medications. He also got a new pair of glasses. He had no idea he could get his medicines for free. He was not a freeloader, but he really couldn’t work.  You can argue he should have been prepared and he should have saved to buy insurance on his own, but the guy would have probably died or ended up in emergency care if he had continued on the same path.

I also had a first year teacher who was a newly divorced, single mom with two daughters who had very strong prescriptions. She had vision insurance for herself, but couldn’t afford the extra premium for her girls. They were above the limit for state health care. I was so glad to help those girls. She will eventually get back on her feet and not need assistance. This is exactly what I had in mind with this program.

My absolute favorite patient, though, was  a lady who came in because of poor vision. It was so bad, she shouldn’t have been driving. She thought  glasses would solve her problems. In her late 50’s, she worked as a server for a hotel.  Her husband was in his 70’s and on social security. She had no insurance. It turned out that she needed cataract surgery, which costs around $7K with insurance. Private pay gets a huge discount, but she still had to come up with $3000 before they would let her in the door. She thought she could come up with $1000 on her own. We worked and worked trying to find funding. Just finding out an actual cost took numerous calls and some snippiness on my part.  I agree with DC at Young Adult Money on trying to negotiate costs, but it’s hard when they won’t even tell you how much. She got denied from almost every organization for help because of a stupid financial decision she and her husband made the year before. Even though their income was only around $1500 per month, they had recently bought a brand new truck. The organizations felt if she was truly needy, she’d sell the truck. It was underwater, and it was financed,  so that was not an option. In the end, her numerous siblings sold tamales in front of WalMart on the weekends so she could have surgery. I donated the pre and post op care. I have never seen a happier woman. It makes me cry to think about it.

For every happy story, there were two that drove me insane. I got very familiar with entitlements and how people work the system. After that first year, we started experiencing what I’d feared, people showing up just because of a low income service. They learned how to fill out the application so they could get an appointment. About 60% of the low income patients smoked more than two packs a day. That’s at least $300 a month! Plus almost all got food stamps, section 8, Medicaid for their kids (non-childbearing adults have a hard time getting Medicaid in Colorado), LEAP vouchers for heating and air conditioning, and took advantage of any program offering services.

I am so tired of seeing healthy, able 20 somethings not work because they “haven’t found the right job yet” or because they “can’t get along with the boss.” Poor vision that can be corrected with glasses is NOT a disability, and I won’t fill out your paperwork. I can’t tell you how many “unemployed” people said they came in for their free glasses. At least make up a story that lets me feel some sort of emotion other than contempt. In our area, Walmart, the nursing homes, the gas stations, and Denny’s are always hiring. If you can’t pass your drug test, stop taking drugs! If you are trying and failing, I will go out of my way to help you, but if you sit on your a$$ waiting for a handout, there is just no excuse. Jason at Work Save Live had a brillant post on this topic a few weeks ago.

In the end, the handouts outnumbered the true need, and the low income clinic went on hiatus until I can find a way to make it work for my mind and the people I truly want to help. You can certainly knock me by saying it wasn’t totally free or that I got a tax write off, but I never set out to do anything but offer services that I know how to provide. I am fortunate that I can afford to give some of my time and brain power away.  I would like to think I did make a difference, but who knows? Maybe I just enabled more people.

What is your take on free or reduced fee services? How do you decide who is truly needy and who is working the system?