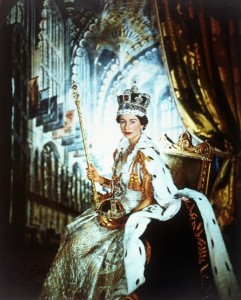 Building wealth is an impressive goal and how we go about achieving that goal is incredibly important. Since the real royal world is busy with baby watch, I thought we’d make up our own kingdom today. Do you want to be the king or queen wealth builder or do you just want a place in courtyard? Let’s look at some steps that make up the royal family of building wealth to see where you rank in the hierarchy.

In support of gender equality, the queen gets to go first today. The queen of wealth has to be income. Without it, there’s really no hope of ever being financially secure. It might be fun to joke about quitting work to go on the dole, but no one really wants that option.

Most people get income from some sort of employer. Steady paychecks can be wonderful things, but you rarely have control of your income after accepting a job. There might be promotions or raises, but all in all, you’re takin’ what there givin’ if you’re working for a livin’. I think that’s why freelancing appeals to so many people in the financial community. It’s more risky, but you have the ability to increase income exponentially with increased effort.

The other best way to build wealth is from side hustles. I’ve talked about tons of ways to earn extra money. Wealth building is much easier with multiple streams of income. When all the streams are flowing, that’s when money really starts accumulating. If one of the streams dries up, you can rely on the others until a new tributary can be found.

If the queen is income, the king has to be investing. Making lots of money to turn around and spend it on stuff you don’t need is not a way to build wealth. In fact, it’s a great reason high earners are often up to their eyeballs in debt.

Give that extra money an investment purpose that will help in the future.

The prince of wealth has to be tracking expenses and/or budgeting. If you have no idea how much you bring in or how much you spend, there’s no way to know if you’re making the best financial choices. I’ll let you in on a secret. If you don’t track spending, you will underestimate how much money you’re using. As you become more used to a wealth building lifestyle, strict budgeting isn’t as important, but I think everyone needs to at least track spending. Luckily, you can automate most of the work with sites like Mint.com (great for beginners) or Personal Capital (wonderful way to track wealth building).

No one over the age of 10 wants to be labeled as a princess, but I think there is some merit to the title. A princess is often thought of as someone with very high standards who won’t settle for just any old idea or possession. That’s not necessarily a bad thing.

Conscious spending could be labeled the princess of wealth. While the need to spend money is inevitible, people can be choosy and not settle for the first or easiest purchase that comes across their radar. Searching for the best deals or determining to buy quality over cheap is an accessory to building a secure financial future. Mindless spending is a sure way to blow wealth.

The earl of wealth building is cutting expenses. Lowering expenses probably isn’t going to keep the kingdom running, but it ‘s a great way to jump start savings or pay off debt.

The problem with cutting spending is that it’s easy to cut one thing only to have it replaced with another expenses. If you can save $100 a month by doing your own yard work, then go for it, but only if it doesn’t cost you $200 in time that you would be earning extra income. These are some expenses we’ve been able to painlessly reduce over the years with very little effort.

Avoid the court jester if you want to reach your financial goals!

What is your favorite royal role? What exactly is an Earl?