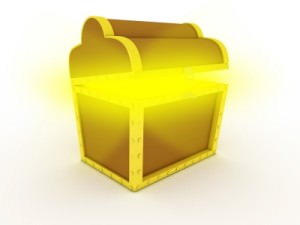 It seems that in every novel there is a villain and the same is often true in modern life. Sometimes, we are victims of circumstance, suffering from consequences which are completely out of our control and over which we have few options. In this tale, the villain, in a manner of speaking, has been the Bank of England, but most likely unintentionally. When, in August 2012, they launched their Funding for Lending scheme, they wanted to drag the UK’s housing market out of the doldrums. Their reasoning was that if consumers had access to inexpensive mortgages, they would be motivated to buy new homes. Well, all recent indicators point to the fact that they were absolutely right. The UK housing market has had a dramatic renaissance, bringing housing activity back to just about where it was before the housing bubble of 2008 collapsed. All this is excellent news for homebuyers, but the ones that paid the price, so to speak have been savers.

The Law of Supply and Demand

The problem, if you want to couch it that way, is the fact that the government scheme injected over £80 billion of capital into the mortgage markets. As a result, traditional banks and building societies really did not have to worry too much about attracting cash from individual depositors. After all, there was the government, giving them plenty of funds at ridiculously low rates. What was not to like? Of course, with such an abundant supply of cash sloshing around, the need to offer attractive or even competitive rates on savings accounts dropped. You probably know what happened next. Savings rates dropped precipitously, given the lack of motivation on the part of financial institutions’ to attract fresh capital. The situation might have remained this way for some time, except that, once again, the Bank of England’s policies changed course.

Starting in January, the Bank of England will stop focusing so much on mortgages and start focusing more on businesses. In many ways, you could say that the Funding for Lending scheme was a great success. Perhaps, too much of a success. Property values have skyrocketed all over the UK, especially in highly desirable cosmopolitan locations such as London. Arguably, the future lack of inexpensive mortgages will begin to bring some balance back into this market. But more importantly, this new focus by the Bank of England means that interest rates for savings will start rising again, as banks and building societies once again start competing for their customer’s cash. Granted, the effects will not be felt immediately, in just a month or two. But the implications are that savings rates will once again rise to point where they will become irresistible.

Now Is Your Opportunity

There is an old saying which says that the best time to do something is right now. In the case of establishing a sound savings plan, that couldn’t be more true. The latest policy shift by the Bank of England means that everyone should start setting up a sound savings plan, if they haven’t done so already. You too can easily set up an online savings account with just a few clicks of a mouse. From there, you can choose exactly the type of plan that fits your needs and can monitor all of your activities directly from the comfort of your home or office.