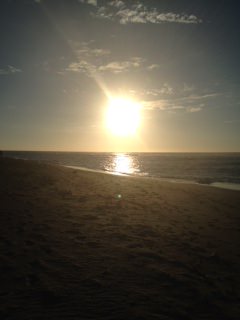 I’m not sure when the feeling of invincibility we all have as teenagers and young adults starts to fade. I’ve never been one to test my boundaries too much, but I certainly did things in my 20’s that I wouldn’t dream of now. We had a family tragedy of sorts last week, and it has really caused me to think about life, youth, and all the things everyone really should do before turning 30, especially if you are a parent or are thinking about becoming one.

One of my younger cousins passed away last week. He was 30 years old and died of a massive heart attack. We were not close, and I hadn’t seen him in over a decade, but his Mom is my aunt, so I’ve kept up with him over the years.

At first glance, you would have thought he was the picture of perfect health. He wasn’t obese. He was apparently a genius with construction type jobs and did really well in his career. He looked handsome and strong, someone you’d think would have his whole life ahead of him.

There was also a darker side. Without going into detail, I guess you could say he “lived hard.” His autopsy showed an enlarged heart that was not able to hold up under the strain it was being put through. He leaves behind a wife and young son.

You Never Know When Your Time Is Up

While my cousin’s outward appearance did not mirror his overall health, even the most health conscious of us never know when our time is up. Is there anyone out there who doesn’t have a friend or relative who died too soon and unexpectedly?

While this tragedy is on my mind, it has me thinking of all the things we need to do often don’t. I put off many unpleasant things myself, especially the one about getting my financial life in order. If I’d kicked the bucket while we were $30,000 in debt, I would have left my family in financial ruin. That certainly is not the legacy I want to be remembered for. These are some reminders to take care of before you turn 30 or right now if you’ve already passed that milestone.

If anyone depends on your income, you need to get life insurance. Even if your significant other has a career and good income, you never know what experiencing a sudden loss might do to a person’s psyche.

If you have young children, this is an absolute must. With the loss of my cousin’s income, his wife is not going to have the luxury of taking a long time off to recover and help their son understand that his Daddy is not coming home. I’m sure family will pitch in to support them, but there is no way this is going to be an easy time. Money does not heal all wounds, but it does make it easier to grieve and recover when  your worries aren’t about paying the mortgage or keeping food on the table.

Even if you don’t have any assets, parents need to have a will that states what they want to happen to their children if they are not around. Can you imagine family members fighting and going to court over who gets to raise the kids? What if the person whose values you don’t support wants to take them?

No one is ever going to raise your children exactly as you would, but that doesn’t mean you don’t need to have plans for the unthinkable. Also make sure the person you choose knows and is willing before you put it in the will.  This is one of the hardest things we’ve done as parents, but it’s done, and I don’t have to think about it every day.

To our knowledge, my cousin had no idea about his enlarged heart. I don’t know if it would have shown up on a routine physical or not, but it does make you wonder if his death might have been prevented if he’d known. No one likes to go the the doctor, but you owe it to yourself and your family to try and be as proactive as possible toward your health.

Look At Your Habits

If you take a long hard look at yourself, are there things you do on a daily basis that are putting you or your family at risk? This can be anything from living paycheck to paycheck, eating crap, drinking too much, smoking, or setting a bad example in your personal relationships.

No one is perfect, and we all want to enjoy life, but if you look toward the future, is there a behavior you have now that you don’t won’t to pass along to your children? We all have to put on our big boy/girl pants and live for ourselves as adults. You can’t blame choices on anyone else, but it’s hard to deny patterns.

My cousin had a very turbulent childhood until he was about 11 years old. His biological father had many of the same behaviors he seemed to develop as an adult. Ironically, his half sister, who has had a very stable upbringing, has never had any behavior issues. She is an honor student on a full scholarship currently. I’m not blaming or saying it would have turned out any differently had they both been raised similarly, but it does make you wonder.

It’s very hard to break habits, whatever they are, but if you don’t want your kids to be exposed, make changes now.

What have you been putting off that you should do today?  Why?