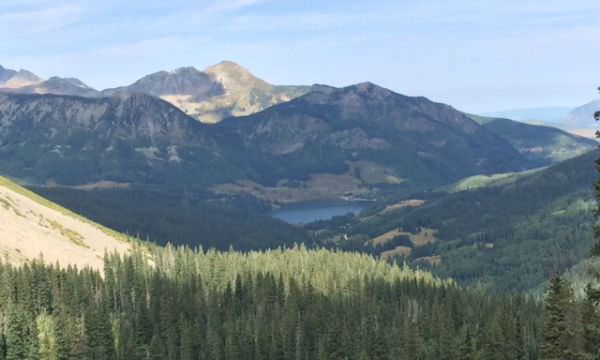 Unless I get hit by a bus, I plan on living until at least age 90. In fact, most of the life expectancy calculators I’ve tried suggest that I might even live longer! It’s never fun to think about getting older, but at age 41, as I approach the second act of my life, there are a few things I want to do before turning 45.

As much as we’ve traveled over the past couple of years, I’ve only seen North America and Europe. There are some places on Earth that I could care less about seeing, the Middle East and most of Africa come to mind, but there are also lots of others that I’d love to visit.

At the top of the list are Australia and Asia. The further you go, the more money it takes to get there, but I am actively banking points and miles so we can travel inexpensively. Since we took a huge trip this year, we’re sticking to the US next summer and taking the train across the country. That trip is now mostly booked, and I’m concentrating on making another epic trip in 2017 where we can knock off one or maybe both continents on the list.

Do a Foreign Language Immersion Program

Every time I have a patient who speaks mostly Spanish, I tell myself I’m going to do better about learning this language. I could be on the Donald Trump/ Sarah Palin train and expect everyone in the US to speak “American,” but since the US seems to be the only developed country in the world that doesn’t promote learning a second language, I want to move beyond assuming everyone should know English.

Another reason to become passable in another language is for my daughter. It opens more doors career wise and allows her to function more efficiently if traveling abroad. Jim has a business colleague whose daughter did a language immersion program in Spanish then got a degree in chemical engineering. Companies were fighting over her when it came time to apply for jobs. I have no idea what my daughter might want to do with her life as an adult, but the more tools I can give her, the better off she’ll be.

Own a Property Outright

We currently have four mortgages. One for our primary home and three for rental properties. The most taxing payment right now is on the commercial building that holds my former optometry practice. Once that is done, we can pretty much use a debt snowball to pay off the rest of the properties and be financially independent. The office building is on track to be paid off by the time I’m 45, which will be an amazing birthday present!

Work With the Public Health Service in Alaska

I had thought this would be a goal for after we hit FI, but this is actually happening next month! Although this Alaska trip is only for a week, hopefully, it will open the door for more opportunities. Ultimately, this type of situation could allow me to work for a short period of time, earn lots of money, then take an extended amount of time off. That scenario fits well with our early retirement plans.

If you’re curious, check out this calculator to check your life expectancy. I have no financial relationship with this company, but I thought it was a pretty all inclusive calculation.

Do you have goals you hope to accomplish before a certain age? Have you ever tried a life expectancy calculator?