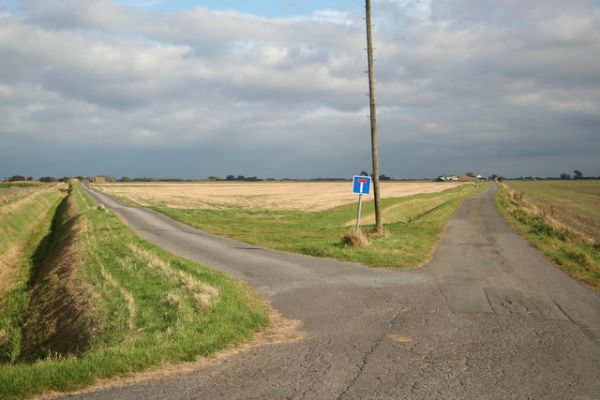 Being hired after interviewing for a job is flattering. Being offered a job you didn’t even apply for is even better. We all like to be validated. Being mentally rewarded for our talents and efforts, while not necessary to financial success, can be what makes or breaks job satisfaction and allows us to continue being productive employees instead of bored, apathetic seat fillers who show up for a paycheck only. As flattering as it may be to feel wanted, don’t get carried away by emotion. There are several things to consider before accepting a job offer.

It’s Not All About the Money

Salary is obviously an important part of any job, but taking a position solely for a pay increase is probably not a smart thing to do.

Also, if you do the math, sometimes salary is not all it’s cracked up to be. We live in a county that borders New Mexico. For teachers, driving 50 miles across the state line usually means a $10,000 per year salary increase. Our district has lost many teachers to the lure of a larger paycheck.

However, these teachers aren’t looking at the whole picture when job hunting. New Mexico takes out social security tax, while Colorado teachers don’t have that withholding. Also, the New Mexico district requires a higher contribution to the state’s pension plan. When you add in gas costs and the extra two hours per day for the commute, it makes the salary seem much less attractive. I’d much rather have two hours a day at home than the few thousand dollars working further away creates. You could spend two hours tutoring from your home and make that much in a year.

Would You Have to Move?

Moving is not a process to be taken lightly. Pulling up stakes has the potential to cost tons of money and create loads of unhappiness, especially if you have a family. Even when done perfectly, there is always added stress during any sort of move, even just going across town.

The parents of one of my best friends from college moved while we were in school because of a job relocation. Her Dad’s company was downsizing and it was either move or take a severance package. They chose to move several states away and hated every thing about it.

He had less than 10 years left until he could retire with a pension, but it was a terrible decade that came with health problems probably made worse by stress. He did eventually retire, and they moved very shortly after. I don’t think I would spend almost ten years of my life in misery for any job. Life is way too short for that.

Will You Be Happy Spending 8 Hours a Day at Your New Job?

For those of us who have jobs, there are probably a million other things we’d rather be doing than work. Even if you love what you do, it’s often a struggle. As I write this, I’d much rather be reading the copy of American Sniper I checked out from the library, but I have responsibilities.

However, that doesn’t mean I hate my job. I’m pretty content to spend a couple of hours writing or even 8 hours seeing patients in clinic. If you paid me $250,000 a year to set up financing for broke people buying new cars, I would be rich but miserable.

You don’t have to love your job, but you do have to be relatively happy spending time doing it. If any job, new or old, makes you unable to fall asleep Sunday night because of dread, it’s not worth it.

Why We Turned Down a Job with a 40% Pay Increase

Jim was offered a new job earlier this month. He currently works for the local school district but is a liaison with a foundation that works on improving teacher education and performance. Well, apparently, they really like him and wanted him to come to work for them full time, in Denver. It was about a 40% increase in pay, and he was more than flattered. Ultimately, though, we started really looking at what this job would mean. There were three big reasons why we had to decline.

Houses are much more expensive in Denver than where we live now, at least in the area we would consider. We could make enough money from selling our house to make it work, but we are only a few years until mortgage freedom. I’d hate to start over again. We could rent, but ultimately, we don’t want to buy someone else a house.

We also would have no support system. Right now, I have good friends and neighbors I can call on to help out with our daughter or if I lock the keys in the car. I could do it without a child, but you do need that village with a little one at home.

No Job For Kim

As nice as this job would be for Jim, they didn’t have a sweet optometry gig lined up for me. In fact, I decided that if we moved,  I would not seek out a new position as an optometrist. I don’t have the motivation to reinvent myself in a new practice. I also don’t want to give up the flexibility I’ve earned in my current jobs. I might do fill in work for a quick buck, but I would have to find another way to make up my income.

No Way to Compete With Teacher Benefits

While this job offered a good salary and benefits package, there were two things they could not compete with.

One was with retirement. Right now, Jim has only ten years left under his current pension plan before he can retire. If he never gets another raise, which is unlikely, his monthly benefit will be around $3000 per life. Yes, we could invest more and still be OK without the pension, but that’s a hard perk to give up.

Some of you might think this is crazy, but the other huge reason for turning down the job was lack of paid vacation. With Jim’s current job, he gets a week at Thanksgiving, two weeks at Christmas, a week of spring break, plus a month in the summer. I don’t know if there is any amount of money that could make us go back to two weeks of vacation per year.

Yes, we certainly have our share of first world problems don’t we? Honestly, we are in such a good place right now that I don’t know if any amount of salary could make us shake things up. Even if you aren’t quite there, it’s still important to consider every new job offer very carefully. Make sure you aren’t giving up more than you’re getting in return.

Have you passed on a job for reasons other than salary? What is the most important thing when considering a new job?