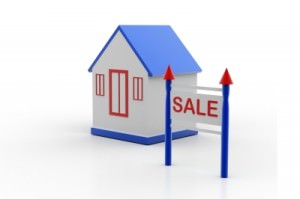 Thanks for checking back in for Part 2 in my series about flipping a house. If you missed the first post you can go back and catch up. Basically I left you with the reasons why we decided it would be a good idea to flip a house and how we decided to use a home equity line of credit to finance it. Our timeline was 6 months, and we planned on investing a maximum of $100,000 to renovate the house. Today, I’ll tell you what happened and if I would do another flip in the future.

While our original time estimate to complete this project was 6 months, remember that this house was very distressed and needed major renovations. Our partners in this project were going to supply most of the labor other than jobs that had to be sub-contracted, like the roof, electrical, and plumbing.  The project started off great. Our contractor, let’s call him Abe, got his crew together. It consisted of a big, Viking like fellow,  we’ll call him Thor. Thor was full time, skilled labor, and we also had several wage type workers that varied from day to day, depending on the job at hand. Demolition was pretty cool since most of the interior of the house was completely gutted. Thor was really impressive with a sledge hammer. Honestly he could have had his own reality show.

After the initial demolition phase, we decided to revamp the floor plan. As it stood, there were three tiny bedrooms with small closets, and two cramped bathrooms. To make the floor plan more modern, we decided to knock out a wall between two of the bedrooms and make this the master. We also added an en suite bath. We took a portion of the large family room and turned that into a third bedroom with a walk-in closet. A wall was taken out of the kitchen to open it up and a laundry closet was built at the far end of the dining room to get the washer and dryer out of the cooking area. The hall bathroom was enlarged and a soaking tub was included. We also reinforced the walls to the detached garage and added a new roof along with the main house. It will make a huge garage or workshop/office space for the right buyer. .

Everything was going really well until Thor started missing work. He then broke his hand after having an altercation with a tree. His performance was pretty spotty after that, so he was let go. Without a trusty second in command, the project hit a huge slow down. On top of that the roof took much longer than anticipated, and then Abe fell down some steps and broke a few ribs. Since we had a pretty small crew to begin with, things pretty much ground to a hault. By this time, winter was coming on, and while they claim to work year round, it appears construction type people don’t seem to be so motivated in the winter. Nothing gets done during the month of December. I was beginning to wonder if we’d hired Pauline’s handyman. While it was extremely frustrating for my husband and I to see nada happening, our hands were pretty much tied. We are only investors and have little say in the labor process other than to voice our opinions. It seems we hit a huge snag like all the reality shows about flipping seem to have!

Warmer weather seems to have Abe pumped up. It appears that we are now on track to have the house finished and up for sale by May 1st. I won’t hold my breath on that one, but I’m hoping we can be pretty close to that timeline. I know our partners want to get it listed for the summer market, as that is the time when property seems to move the fastest.

Although the renovations have taken much longer than planned, when you are doing anything that requires construction, you need to expect that there will be delays. Those shows on TV where they completely gut a house and have it up for market in two weeks don’t often happen in reality. While I’m a bit disappointed with the speed of the whole process, there are some positives.

Would We Do It Again?

In conclusion, I guess the question is would we ever consider flipping a house again? Although I  never say never, flipping doesn’t seem to be high on our priority list. We haven’t liked the partnership part where we aren’t in control, and we don’t really have the skills at this point to take on a flip by ourselves. It’s much riskier than investing in a rental property over the long haul.

However, our lack of love for flipping hasn’t changed our take on real estate in general. We plan on using any profit from this deal as a down payment on a second residential rental property with a 1031 exchange. I will certainly talk more about when it happens, and I hope to have updated pictures when everything is done.

Could we have saved  enough on our own for a down payment and not bothered with a risky flip? Yes, but now we still have our savings to invest elsewhere, and this project should fund the down payment. You can certainly fault me for saying I never wanted to take on more debt, but then used a HELOC to finance this project. What I’ve always said is that I won’t take on debt that does’t make money for my family. We would never take equity out of our home for a car or vacation, but we though it was a good financial decision to buy and flip this property. I think if you aren’t strapped for cash and can find the right deal, flipping houses can be extremely rewarding, but I don’t think you’ll see us on reality TV anytime soon!

Do you have any real estate plans in your future? Would you ever consider flipping a house?