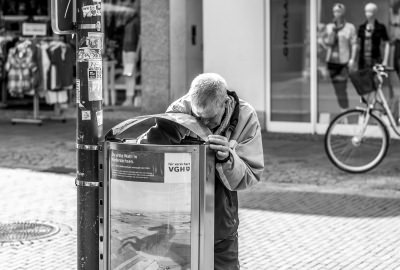 In my day job, I’ve seen and heard some pretty amazing things. Some inspire me. Some make me smile. Some are down right tragic. It’s funny how a routine eye exam can bring up so many different topics of conversations, but one patient I saw last week was a sure reminder about spending money wisely. She certainly could be the poster child for when being cheap costs a fortune.

I don’t claim to be an expert on health insurance, but I can usually look at a patient file and see when something doesn’t make sense. Most people over the age of 65 have Medicare Part A and B. Part A covers hospitalizations and doesn’t have a monthly premium if you paid Medicare taxes during working years. Part B covers doctor visits and outpatient care and costs $104.90 each month for people who are married and have family income less than $170,000 per year or for individuals making less than $85,000 per year. The $104.90 is deducted from social security payments unless you decline coverage. Medicare is the best deal going in health care if you ask me.

The Cost of Being Cheap

This patient was 71 years old, and the chart said she only had Medicare Part A. Assuming it was a mistake on our part, I asked about part B, which would have covered much of her eye visit. That’s when I got the whole story.

The patient’s husband had passed away recently from cancer, which was a sad story by itself. However, in order to save money, he had refused to sign up for Medicare Part B when he had the chance, choosing to save the $104 per month. Obviously, you can guess how the story went.

If you delay the initial sign up, Medicare enrollment only happens from January 1-March 31. Miss that window and you’re on your own until the new year. My patient’s husband had to battle cancer without any health insurance, a battle he lost, leaving his wife with over a hundred thousand dollars in medical bills.

To make matters worse, his wife cashed out their IRA to pay the medical bills, leaving her with only social security to live on through the rest of her retirement. To say she was a little bitter would be an understatement. I almost wished I’d never asked. The good news is that she did enroll in Part B earlier this year, but it won’t kick in until July. Let’s hope she can remain healthy until then.

Things You Have To Spend Money On

I love saving money as much as the next person, maybe even more, but there are some things you just can’t skimp on.

Even if the cost of health insurance is riduculous, I won’t ever go without it. Not only would it limit my ability to get the best care if something bad happened, but it would place an even greater burden on my family if they were struggling with medical bills while I was sick or injured. Even worse, if I checked out and left them stuck with medical debt that could have been avoided, that would be a horrible way to be remembered. It’s one thing if insurance doesn’t cover something, but to choose not to have coverage to save money is just wrong.

This is also why I will pay to buy things like fresh produce and organic milk. You don’t have to blow the budget to eat healthy, but I could spend much less if I was willing to feed my family soley with things like ramen and mac and cheese. Healthy eating does not guarantee a life without sickness, but I’m going to do everything I can to swing the odds in our favor.

Getting life insurance is not particularly fun. We all like to think we’ll live to a ripe old age, but there’s no way to know that. I think the money Jim and I pay for life insurance is well worth the peace of mind, knowing we’d be fine financially  if something happened to one or both of us. I sure hope it’s money we never get a return on, but if you have small kids or someone who depends on your income, it’s a necessity.

It would be lots cheaper to never do any home maintenance, but that would cost us tons of money down the road. After reading the Frugal Woods article about septic tanks, I realized we were way overdue to have ours pumped out. Let me say that hanging out with the septic company fellow was a enlightening. He showed me the sludge layer in our tank and how to know when it needed to be pumped (we were about 4 inches over the limit!). Plus, we have a tree that is too close to our system. The roots are not a problem yet, but if we’d let it go it would have been upwards of $20,000 to replace the system. That made the $425 I paid to LePew Septic well worth it!

I don’t mean to say that people shouldn’t shop around and find the best possible deals. That’s being a wise consumer. Being cheap means making a choice not to spend money on something you need with the hope you’ll get lucky. I’m sure lots of people forego health and life insurance and don’t do any preventative maintenance in order to save money. It might work or it might not. I don’t want to take the chance.

Does cheapness keep you from services you probably should buy? Is it ever smart to be cheap?