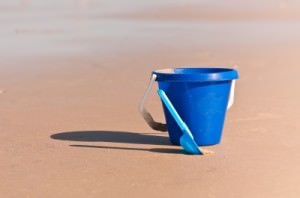 As a bit of a break from personal finance today, I’ll share a story from my past. All of our experiences shape the person we are today. From this experience, I certainly learned lots about myself and that I never want to move to Florida!

In the final year of optometry school, students chose internship sites throughout the country to complete their training. It’s kind of like having a job, except you have to write up all kinds of case reports and still pay tuition.

My Mom was super excited because she just knew her baby was coming home. Any true respecting Southerner would go back to their hometown, find a couple of internship sites within driving distance, and go home and eat Mom’s cooking. I really think she must have dropped me on my head when I was little, because all I wanted to do was go somewhere I’d never been. Mom took it personally, and just like with my trip to Hollywood, she just knew I was going to be maimed or killed out in the big ole’ world.

My first internship was in South Florida. It ran from November to January, and I thought it would be warmth and beaches. Finding a place to live for three months was a piece of cake. The family of a fellow student had inherited a condo from his grandmother that was close to the area where I was going. It hadn’t been used in several months and was filled with old lady stuff, but at least it had furniture. I paid for three months in advance and set off with my Jack Russell Terrier, Sadie, and my car filled with all the stuff I owned. There’s something poignant about the time in life when all of your personal belongings will fit into a car.

After a fourteen hour drive, with the last two in a down pour, I arrived at the condo. Because it was  raining buckets, I grabbed the dog and my purse, took the condo key, and ran in. I was hoping for mildly outdated, but what I found was unbelievable. There was a hole in the roof that was the size of a stop sign.

Rain was coming in as if someone was standing above, pouring it with a gallon jug. Everything in the general vicinity was completely molded. I had to get out of there, so I ran back to my car to find I had locked the keys inside. Little dog, moldy condo, locked car, what do I do? I was not about to call my Mom and hear, “I told you so.” I actually sat down in the floor and cried for about 10 minutes, then the force somehow was with me, because I sprang into action.

I called AAA and got my car unlocked. I found the landlord’s information, (they lived in Wisconsin) and gave them a call. No, they had no idea the condo had a sunroof, but would get someone out right away to fix it. There wasn’t much to do after that except move my stuff into the part of the condo without mold. Luckily, I wasn’t allergic and was too stupid to realize it might be a health risk. More realistically, I knew no one and had no money to find another place or even stay in a hotel. Exhausted, I actually slept pretty good that night, even if I was sleeping on old lady sheets.

The next day, I was determined to make a new start. The weather was beautiful, so I took Sadie and went in search of a park. We found a great one, with miles and miles of trails, but unfortunately, we got lost and couldn’t find our way out. We ran into a couple with a dog, so I asked for directions back to the parking lot.

The gentleman asked me if I was new in town, and I told him I was there for an optometry internship. He began to stare at me with a strange look and asked what my name was. OK, is this guy going to kill me, rob me?  Reluctantly, I told him my name, and he introduced himself to me as my internship preceptor. Honestly, this was the Fort Lauderdale area with over a million people. What a serendipitous meeting!  I took that as a good sign, and it was. I learned tons while I was there and tried to find as much as possible to do outside, anything to avoid the moldy condo.

Workers didn’t show up to fix the roof until about two months into my stay. I had gotten pretty used to rotating out buckets whenever it rained. The repair guy did a little work, left his plaster buckets and stilts in the living room, and said he’d be back to finish the next day. I never saw him again, but I did have fun playing with the stilts!

All of the neighbors in the complex (think Melrose Place on Geritol) were either snowbirds or permanent retired transplants. They were not very impressed with me or my dog. This one fellow took particular delight in yelling at me over parking, the laundry room, or whatever he felt like that particular day.  I always parked in the most far away spot to avoid him.

On my last day there, I parked  closer so that I could load up my car. Sure enough, after about  5 minutes, he came out to yell at me for parking in his spot. I think all the spots must have belonged to him, because he yelled about my parking anywhere that wasn’t in the very last space. I told him that if he would give me a half hour, I was leaving the state, and he would never see me again. That would have worked out great except for the careless driver who ran a stop sign and hit me, literally two blocks from the interstate. Luckily, Sadie and I were uninjured, but my car was totaled. If you think Jack Russell Terriers are neurotic, being in a car wreck doesn’t improve their personality.

After an extra night in Florida, a rental car, a dog doped up on Benadryl, and a couple of Taco Bell stops, we rolled into Kentucky. Maybe Mom was right, but I view it as a learning experience. I not only learned some top notch optometry skills, but also how to walk on stilts, how to stand quietly while an octogenarian is yelling at you, how to deal with an accident that requires a tow truck, and how much rain it takes to fill a 2.5 gallon bucket. Perhaps the best lesson was learning that I could deal with just about any challenge the Sunshine State wanted to throw at me. I’m sure there are lots of great people in Florida, like Mickey Mouse and the PoPs, but I think I’ve checked it off my most desirable locations to live!

What’s the worst place you’ve ever stayed? Ever been yelled at by a snowbird?