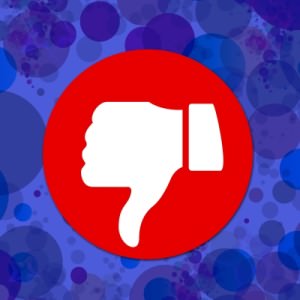 Since I’m still out of town and really don’t want to be too serious on a Friday, I thought I’d share our experience from the birthday party we had for our six year old last week. We decided to have it at the bowling alley, mainly because I though it would be easy, and we’d have no cleanup. It’s funny now, but it was the worst customer service experience I’ve ever had. I still swear it’s going to show up on Candid Camera somewhere.

Because we’ve wasted lots of money on birthday parties in the past, I am all about planning ahead these days. I called in early March to get information. I spoke to a gentleman at the bowling alley. He used complete sentences, and seemed to know what he was talking about. I asked if they had kids’ birthday parties. He told me they did, and it was $10 per kid, which included an hour of bowling, shoes, two slices of pizza, and soft drink. Sweet! I asked if there were certain times or days we could schedule. He said really anytime as long as it wasn’t league bowling, which were on two week days. I called him a couple of times that day as we worked out details. We decided on a Friday after school. He even asked me what kind of pizza I wanted, cheese and pepperoni, please. We were all set, easiest birthday ever!

The party stated at 4:30, so we got there a bit after 4 to set up. When we arrived there was another birthday going on. Just after we got there, the Domino’s Pizza delivery guy shows up with pizza for this party. Hmm, maybe they didn’t sign up for the birthday package? I went up to the front desk to make sure we were set. I can’t remember the exact wording, but this is how the conversation went.

Me: “Um, I see that birthday party is having pizza delivered.  I was told pizza was included with the package.”

Me:“Well, I was told on the phone that we got bowling, two slices of pizza, and a soft drink per kid.”

Me, getting a bit angry: “I don’t know his name, but we had two conversations about all this, and he clearly said pizza and drinks were included. Just what is included in the birthday package?”

BAG: “You get bowling and shoes. We don’t have pizza.”

Me: “Well was your employee high? He even asked what kind we wanted!”

Now, I try really hard not to ever be rude, but this was insane. Why on earth would someone tell me all about pizza if they never even had it. We only have one bowling alley. I could not have gotten the wrong place. At this point, I realize I am not getting pizza from this guy, and I have already got kids showing up, expecting to be fed. Crap! After a brief sideline huddle, my husband and I decided I would run and order pizza while he got the kids started with bowling.

Luckily, Domino’s is 2 minutes away. I ordered 3 large pizzas to be delivered in about an hour and ran to the Family Dollar store next door to grab some Capri Suns. So much for $10 per kid, but crisis averted. Phew!

I headed back to the bowling alley and tried to calm down and enjoy the party. About 15 minutes later, a lady we’ll call BA Broomhilda came over and told me in a very snippy voice that we were not allowed to have outside food and drink!!!

Me: “I just saw that last party have pizza and cake.”

BA Broomhilda: “They weren’t supposed to, and I talked to them about it.”

Me: “Well, I was told by your employee that pizza was INCLUDED. I have hungry children who are expecting to eat. Unless you have another solution, I am having pizza delivered here at 5:45, so you can kick us out in the parking lot, but we are eating our pizza and cake!”

She backed off after that. We bowled, ate quickly, had cake, and opened our presents. My husband and I were going around picking up all the trash and putting it in the car so we wouldn’t leave a mess with our outside food and drink.

By this time, we still had 15 minutes left in our originally scheduled package, but guess what? The bowling leagues (they only happened on week nights according to the employee on crack) started showing up and taking over all the tables! There was a park across the parking lot. My husband took the kids over there while I stayed so parents wouldn’t show up to find their kids missing.

To top it all off, when I went up to pay, there was a completely different employee who had no clue what to even charge me. I ended up with 7 kids, so it should have been $70. He asked if I was doing the $25/hour package. What??? Finally he said, “How ’bout $50?” Fine with me. It made up for the cost of the pizza, and I came out about where I expected financially.

At least the kids had no idea what was going on, and they had a blast. We had some really sweet kids there and a set of great parents (Thanks Andy and Crystal if you’re reading) who helped out. However, that will be the last time I ever set foot in that bowling alley. On the way home, I asked my daughter what her favorite part of the party was. Her response, “Playing at the park, Mommy,” Arggh!

Have you ever been a victim of horrible customer service? What would you have done with 7 kids and no pizza?