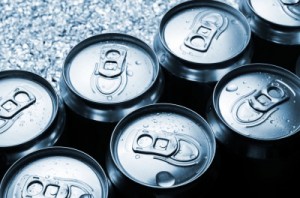 While I’m still on vacation, I thought you might enjoy this piece I wrote for The Tax Impact. I’d love to hear your thoughts about taxes on soda or so called “sin” taxes.

A tax on sugary drinks could become reality for Connecticut residents if House Bill 5461 is passed. The proposed bill seeks to add a one-cent-per-ounce tax on beverages like soda, energy drinks, juices, and other drinks with a high amount of sugar. Now amended to only include soda, the bill is still pending. With half of Americans consuming sugary drinks every day, and teens and young adults drinking more sugar than any other age group, would higher prices on drinks reduce sugar intake and lower obesity rates, or does this tax go too far?

Proponents of taxing sugary drinks point to the success of other “sin taxes” on items like alcohol and cigarettes. The majority of money raised from the proposed tax would go toward obesity education. With over two-thirds of Americans now overweight or obese, supporters of the bill agree that educating the public on better health would yield positive results. Adding a tax could help raise consumer awareness on the health implications associated with sugary drinks. It may also make buyers think twice before choosing a high-calorie soda over a healthier alternative.

While supporters of this bill see it as a way to raise revenue, opponents feel adding a tax isn’t the right way to fund obesity education. Instead of implementing a tax to curb the sale of sugared soda, a compromise would be to offer wellness incentives for people who maintain a healthy weight and participate in an exercise program. Healthy lifestyles reduce overall state spending on health care. There are also a number of public health organizations that are seeking to fight obesity and could offer funding for awareness programs without having to raise taxes.

The proposed tax on soda would increase the cost of standard-sized soda bottle by 20 cents. Opponents say that this amount is not enough to lessen soda purchases, but a similar tax bill passed in Mexico last year shows different results. Read more at The Tax Impact.